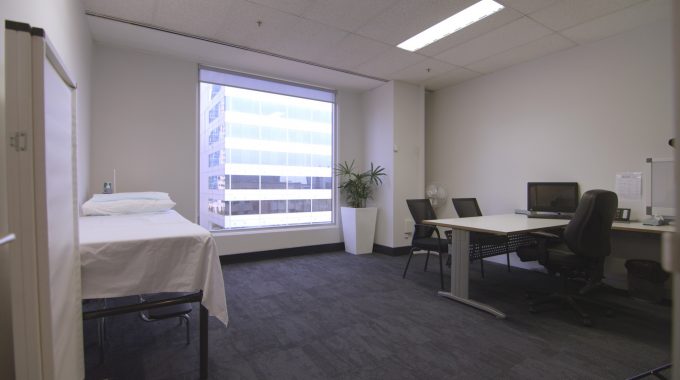 Jonas Salk’s polio vaccine was one of the key scientific achievements of the modern era – what fewer people realise is that we may have the inspiring architecture of a 13th century Franciscan monastery to thank.

The story goes that Salk had been working 16 fruitless hours a day, seven days a week at his Pittsburgh laboratory when he decided to take a break in the hills of central Italy, staying at the Basilica of San Francesco d’Assisi.

“The spirituality of the architecture there was so inspiring that I was able to do intuitive thinking far beyond any I had done in the past,” he later reflected.

“Under the influence of that historic place I intuitively designed the research that I felt would result in a vaccine for polio. I returned to my laboratory in Pittsburgh to validate my concepts and found that they were correct.”

It’s well-recognised that the space around us can impact our moods and behaviour, at home, at work or at school.

In The Architecture of Happiness, philosopher Alain de Botton uses an example contrasting the Westminster Cathedral to a McDonald’s nearby. While both have the same core architectural elements – door, windows, roof, furniture – only one inspires feelings of reverence.

Many believe that natural light promotes learning at schools and better workplace productivity. American studies conducted by Roger Ulrich amongst others found that hospital patients who had a view of vegetation took fewer painkillers and recovered more quickly than those who looked out on a concrete wall. Plants in offices are also associated with greater employee wellbeing.

Large rooms are said to promote more expansive and creative thinking (while smaller ones may be better if you’re trying to focus).

Naturally, everyone is different. Some people can work from home and achieve far more than they would in an office, while others find the distractions render effective work impossible in the home environment.

Clutter is another hot button issue. Some people swear by a messy environment or desk, where you can make happy discoveries of things you had forgotten – and where everything is close at hand, albeit not easy to find. Others can’t think straight until the clutter has been cleared.

Spaces also have psychological impacts – clutter can be mental as much as physical; witness the couples who indulge in a weekend in a luxury hotel in their own city.

mi-Support provides spaces for medical specialists which are clean, modern and fitted with the latest equipment. Our pay-per-use ‘mi-Rooms’ across Australia can be rented by the day, week, month or longer. More information can be found here.

How to outsource practice management and benefit patients

Do you find yourself spending more time on practice admin than with your patients? Are…